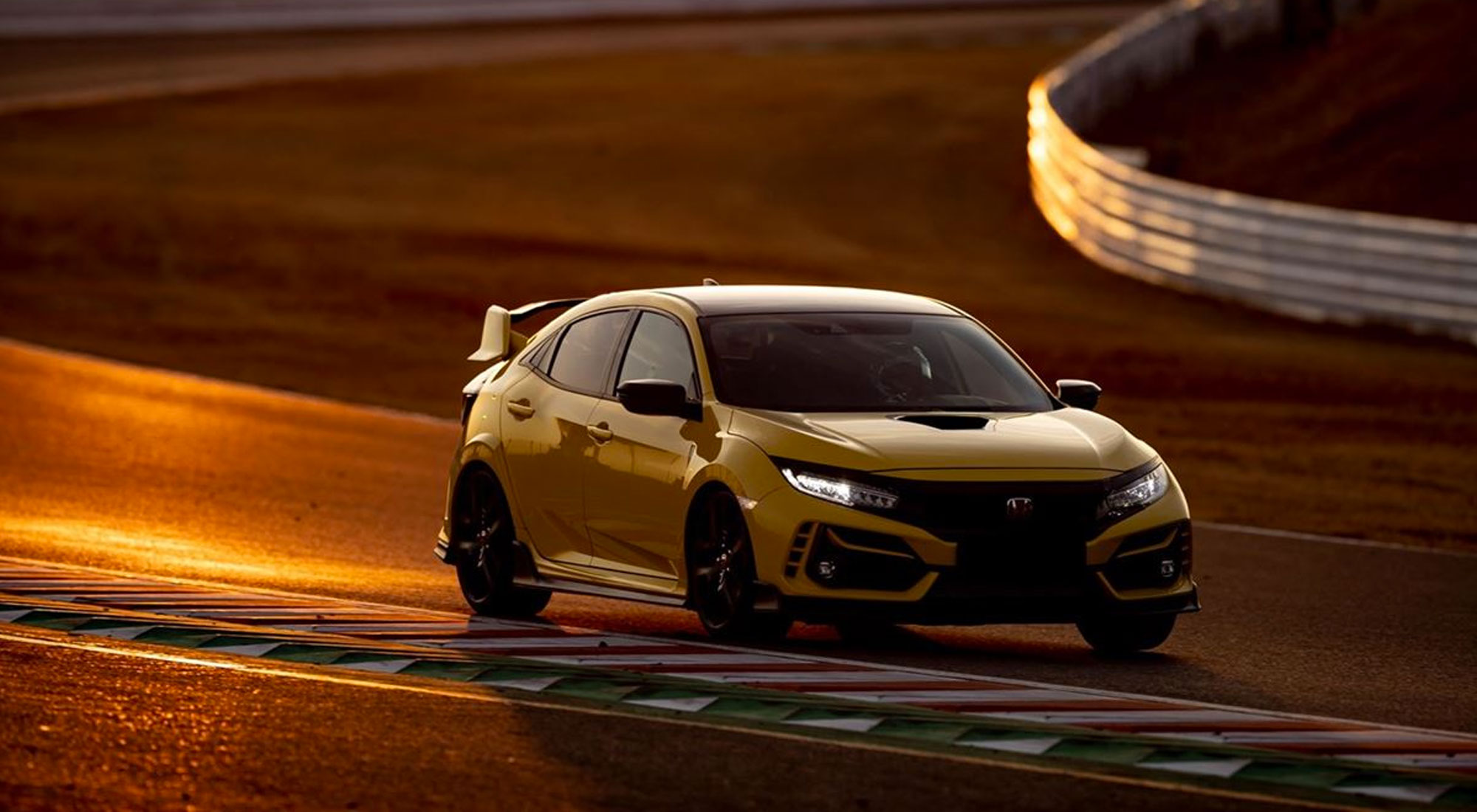 Honda’s most extreme Type R yet, the Civic Type R Limited Edition has set a new 2 mins 23.993 secs lap record for a front-wheel drive car at the world-renowned Suzuka Circuit in Japan.

Honda’s most extreme Type R yet, the Civic Type R Limited Edition has set a new 2 mins 23.993 secs lap record for a front-wheel drive car at the world-renowned Suzuka Circuit in Japan.

The Suzuka Circuit is a 5.8 km track famous for its high-speed chicanes and challenging corners, incorporated in a 'figure eight' layout that includes a long 1.2 km back straight that passes over an earlier part of the circuit. With its lightweight components, suspension and steering upgrades, and a stripped-back, driver-focused interior, the Civic Type R Limited Edition has pushed the boundaries of what’s possible from front wheel drive, on one of the most demanding tracks in motorsport.

The record-breaking lap was achieved by a Type R Limited Edition development car as it underwent its final performance evaluation in February 2020. The development car featured the same technical specifications representative of the production version, with no modifications or performance enhancements. The Type R Limited Edition is on sale across Europe now.

"Throughout testing, the introduction of a new two-piece floating brake system demonstrated braking feel and deceleration power exactly as intended by the driver” added Kakinuma san. “Combined with the improvement of load control performance, the result was a reduction in overall braking time and exceptional high-speed cornering performance, specifically enabling vital speed to be carried though the challenging 'S' curve and the second corner of the Spoon Curve at Suzuka. In addition to the increased braking performance, the exceptional grip from the adoption of Michelin Cup2 tyres and upgrades to the suspension and damper system control also provided the vehicle with highly-efficient dynamics and control, to easily manage the high speed switches of direction through the flowing Esses.

“Reduction of the unsprung weight from the lightweight forged wheels further improved road holding and increased traction during acceleration from the two tight Degner Curves and the famous 130R corner. An increase in engine cooling performance also enabled the vehicle to fully utilise its 320PS output to reach top speed on the back straight towards the end of the lap. All these advancements achieved by this Type R Limited Edition were proven by the time recorded at Suzuka Circuit.