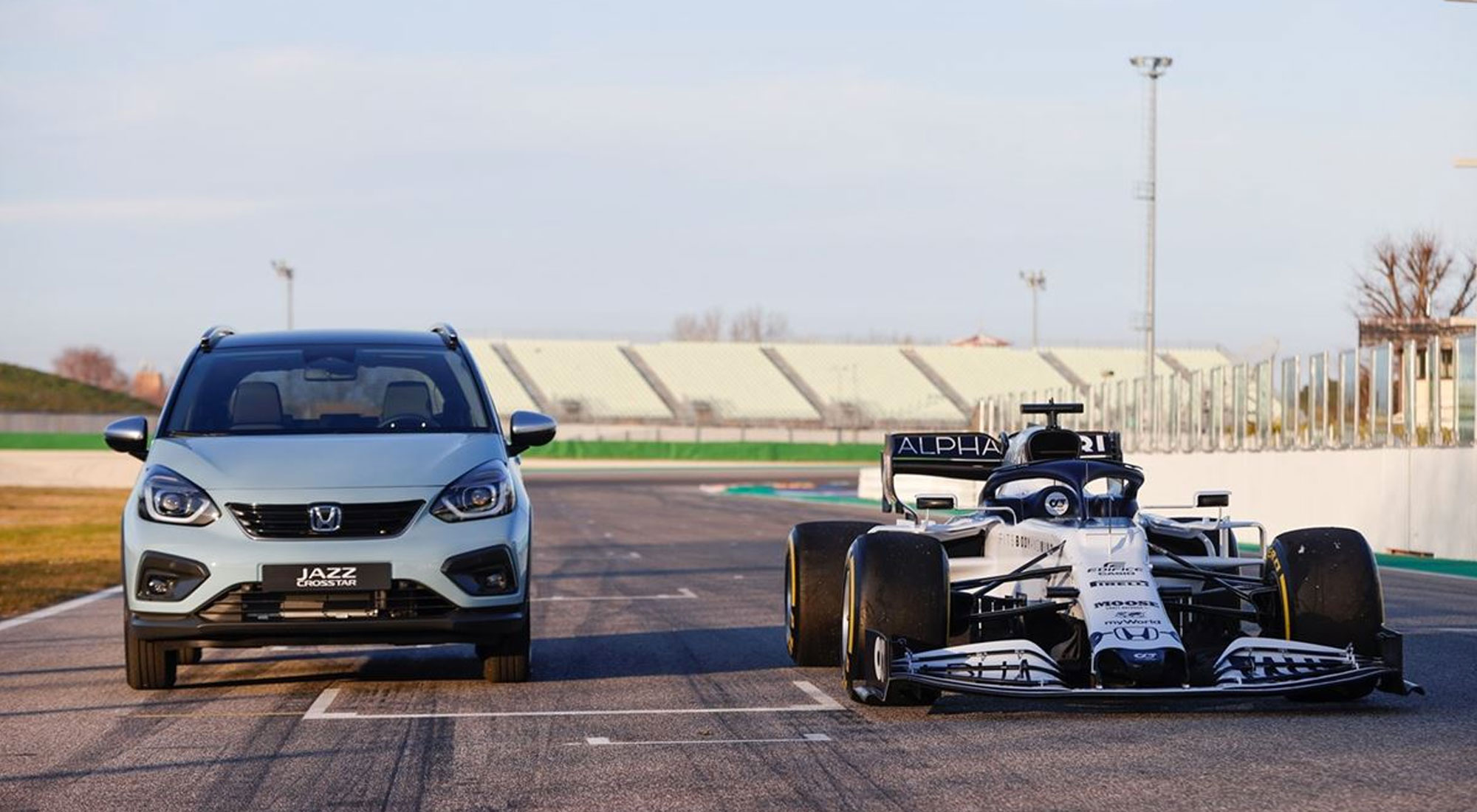 When the all-new Jazz launches later this year it will drive advanced Honda hybrid innovation from the race track to the road.

When the all-new Jazz launches later this year it will drive advanced Honda hybrid innovation from the race track to the road. Using engineering expertise from its motorsport team, Honda is drawing knowledge from its Formula 1™ Hybrid Power Unit (PU) programme to improve the energy efficiency of the brand's e:HEV hybrid system.

In most urban driving situations, optimum efficiency is achieved through seamless transitions between EV Drive and Hybrid Drive. For driving at highway speeds, Engine Drive is used, supplemented by an on-demand peak power ‘boost’ from the electric propulsion motor for fast acceleration. In Hybrid Drive, excess power from the petrol engine can also be diverted to recharge the battery via the generator motor. EV Drive is also engaged when the car is decelerating, harvesting energy through regenerative braking to recharge the battery. Rather than using a conventional transmission, Jazz is equipped with a newly-developed Electronically Controlled Continuously Variable Transmission (eCVT) with a single fixed-gear ratio to create a direct connection between moving components. The result is a smooth and reassuring transfer of torque with a linear feel during acceleration across all drive modes.